It’s no secret that Silhouette machines are a big part of my crafting and I and use them in as many ways as I can possibly think of. But I also love getting to know other Silhouette users, especially those who use their machines in a unique way. When I ran across a story on the Silhouette 101 blog about artist and filmmaker Adam Makarenko, I was completely fascinated. In this interview, Adam shares how he uses his Silhouette machines for scale model making and so much more. I know you’ll be as inspired by him as I am!

First, tell us a little about yourself – where you’re from, your family, etc.

I was born in a small town in Northwestern Ontario (Canada) called Fort Francis, then shortly after I was born my parents moved to the small mining town of Atikokan, ON. Atikokan had two of the largest iron mines in the world at the time. By 1980 the mines shut down and the town emptied out. As a result, I had a vast playground of wilderness and abandoned mines to play in, which helped shape my imagination and ideas.

You are a man of many talents – creator, artist, filmmaker – when someone asks what you do, how do you answer?

I would say I am foremost an artist that delves into many mediums. I am good with my hands and I think that is what attracted me to making miniatures and working with sculpture-based work.

What’s a typical day like for you? Are you an early-morning creator? A late-night creator? Both?

I try to work as much as possible so it’s all over the place for me, but it’s rarely late-night work. Typically, my best time to work is from the morning until about 2pm.

Have you always been a creative person?

I have always been a creative person from the time I was a small child. I created comic books as a kid, and always invented characters and worlds – things I still do to this day.

Do you have any formal art training?

I attended film school at Confederation College in Thunder Bay, Ontario and graduated in 2003. That’s where I learned about photography and film.

How did you get interested in scale model making?

I was taking pictures of real bees one summer and then when winter came I wondered what else I could do. I decided to make a miniature world of bees and apiaries. That was in 2006 and I’ve been making miniatures ever since.

In scale model making, is there a standard size as to what constitutes a miniature?

I think miniature is any scale smaller than life-size. I work anywhere from 1:6 scale (Barbie doll scale) to 1:87 scale (H0 scale) and sometimes smaller, depending on what I am making. My landscapes would be considered even smaller scale.

Do you work only in miniatures or do you create larger works as well?

I would love to create larger works, but the problem is the cost. What I like about [working in] miniature (even though it’s not always that affordable) is that it’s unlimited in what I can do, where I can do, and what I can explore. I like that aspect.

What kind of materials do you use in scale model making?

I work with foam, wood, plaster, plastics, and paper. One of my main art stores is the Home Depot. Making miniatures requires a wide variety of materials that can literally be found on the street, in the woods, or in an art store.

Where do you find inspiration?

I find inspiration from nature and science, but I am most interested in all of the fundamental mysteries that we have as human beings. Where do we come from? Is there life somewhere else? What is consciousness? etc. I try to express those mysteries, by creating sublimity in my work.

I read that the majority of your work is done “in-camera”, which means it’s not Photoshopped. Can you explain a little more about that and the challenges of working that way?

“In-camera” refers to the fact that all the elements within the image are taken as photos: landscape, planets, planet rings, and star backdrops for example. I later assemble those elements in Photoshop.

Sometimes a miniature set is just one layer, and sometimes there can be three or more. The reason for doing it this way is often technical. For example, if everything is married together [taken as one single photo] the background might be too blurry and unrealistic…so it’s essentially for control over how the image looks.

But you don’t do a lot of retouching to create the scene. Is that right?

I don’t spend a lot of time manipulating the photo.  [My process] mainly consists of cutting things out and sometimes adding layers of atmosphere between the layers. Color correction is another thing I will do.

One of your projects I find most interesting is the Exoplanets series. How do you come up with ideas for 1000 different planets?

I think I counted 212 planets in the photos on your website. How many have you created so far and how long have you been working on this project?

I’ve been working on the exoplanets since 2016, and I have made over 1000 but have only photographed about 750 that I am happy with.

What materials are you using to make the planets?

The planets are made from half globes of plastic that I paint, so the main materials are essentially plastic and paint.

When and how were you first introduced to the Silhouette? What made you decide to try using a Silhouette as part of your scale model making?

A friend of mine had bought a Silhouette machine but I never really thought about [using one myself] until I came across an H0 scale train scenery blog about how a guy was using [a Silhouette machine] to cut styrene to make buildings. I realized I could use it to make all kinds of things from buildings to space probes. I liked the idea of making things more accurate and making [the process] easier so I didn’t have to cut things in a meticulous way by hand.

I look at my miniatures as means to an end to make the final picture, so I am more interested in the complete image versus the model itself. I enjoy making physical models, but as part of a bigger process, not the main focus of my work.

What Silhouette machines do you own?

I have the Cameo 2 and the Cameo 3. I would like to upgrade to the Cameo 4 wide format [Cameo 4 Pro] at some point.

What software do you use to create your Silhouette cut files?

I primarily use Adobe Illustrator. It’s fantastic and quick for making what I want and then sending it to Silhouette.

Can you briefly explain your process? Do you start with a hand-drawn sketch or photo of what you want to create in Illustrator?

When I make something to cut in Silhouette (through Illustrator) I typically figure out the size I want to make based on the scale. Then I just make it in Illustrator. One example is some Arabic screens I made. I used a photo as a reference of how I wanted to design it then I created the patterns in Illustrator.

How has the Silhouette made your scale model making process easier/faster?

Silhouette has made my life so much easier because before Silhouette I was cutting things by hand and it was a slow, methodical process. I love to prototype and Silhouette speeds up the process because I can quickly make/cut several renditions of something until it feels right.

I just did an entire project using the Silhouette. I made a Project Blue Book room (US Airforce UFO investigation project) with old-style files. [All the files] are made from paper, cut on the Silhouette. Each file is about 1 inch wide and 2 inches deep. The shelves, table, and light were cut by hand.

Did you experience a “learning curve” when you first started using the Silhouette?

I never found Silhouette hard, but that’s probably because my entire art practice is a constant learning curve. There’s always something I am trying to do that involves problem-solving.

I know that you’ve also been doing a lot of laser cutting lately for scale model making. Tell us more about that.

I use the same methods for laser cutting that I use for Silhouette. I start with Illustrator and then export the files to the laser. Sometimes the laser is a bit more versatile for cutting especially if I am using wood or something much thicker. The advantage to the laser is rigidity.

What other tools are a major part of your creative process?

I have a tilt arbor saw from Micromark that I consider essential. It’s great for cutting small pieces of wood. I used it for making the table and shelving in the blue book photo.

Do you have a favorite of all the works you’ve created?

I don’t have a favorite because I am always striving to make something better but I also can never quite get there. It’s a curse. I am pleased with a lot of my work, but there are many pieces of work that I never exhibit because I am not satisfied. But as far as a favorite I don’t have one.

When you’re not actively creating art, how do you like to spend your time?

I spend time researching topics of interest. I think my whole life revolves around what I am trying to achieve in art, whether it’s writing, music, miniatures, or film. Spending time with my family (my wife and two children) is the best though, and that’s why I have the studio at home – so I can also spend time around them.

Adam is definitely an artist that represents what this blog is all about – finding value, confidence, and joy in whatever you create. I appreciate him taking the time to share with us today and I hope you enjoyed getting to know him as much as I did. Be sure to follow him on Instagram (@adamgdog) or visit his website (https://www.adammakarenko.com/) for even more photos and inspiration! 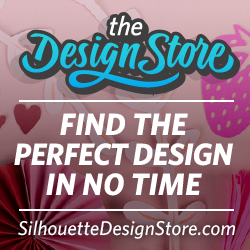 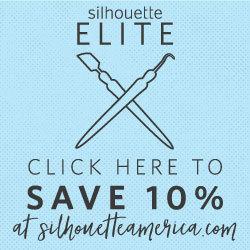